THE PROPHET OF SAN FRANCISCO


History doesn't repeat itself ... but it rhymes.

"The Prophet of San Francisco" is both a true-life historical drama about a great American hero, and a fictitious present-day tale about a passionate, charismatic Congressman who is determined to bring George's long-forgotten, but remarkably prescient ideas to the world.

The two stories, deftly intertwined, unfold on parallel tracks, until they merge into a singular inspirational story of brilliant prophetic vision and the struggle to make it real.

Over a century ago, Henry George was a wildly popular journalist and social reformer who saw how poverty, homelessness, unemployment and suffering continue to grow despite the ever-accelerating progress of the industrial world. From his own beginnings in abject poverty, George carves out a name for himself, fighting corruption, exposing greed, and developing his brilliant theory of economics that explains why the prevailing system can never succeed in bringing prosperity and justice for all.

In 1879, he publishes his magnum opus, "Progress and Poverty," which sells more than five and a half million copies and makes him one of America's most famous and beloved leaders. His proposed remedy for society's economic ills is a stroke of genius that captures the imagination of his generation. By popular demand he is drafted to run for Mayor of New York City in defiance of the crooked political bosses of Tammany Hall who – so far – own the town.

Fast-forward to present-day America, where Congressman Joshua Bannon is running for the Senate seat vacated by his old college buddy, Presidential candidate Bob Montaigne. Henry George has long fallen into obscurity; but Bannon lives and breathes George's revolutionary idea of a Single Tax that will rectify and simplify the Tax Code, and empower both labor and capital to prosper and thrive.

History doesn't exactly repeat itself...but it rhymes: just as George went up against the corruption of his time, Bannon must do battle with the kingmakers, the power-brokers, the entrenched vested interests and global market manipulators. Like the 19th-century bosses who bought the vote and stole the Mayoral election from Henry George, these far more sophisticated modern-day puppeteers will do whatever it takes to bring Bannon down. Josh Bannon assembles a motley, unlikely crew of allies in his struggle, including a beautiful investigative reporter and TV anchorwoman who's been fired by the powers-that-be for asking too many tough questions; a radical artist and street-theater activist with a spectacular flair for technology; and a college professor and his lovely young student, whose sharp intelligence and Madison-Avenue chops form the brain-trust to articulate the vision...

As the two stories unfold in tandem, Bannon picks up where George left off. His innovative avant-garde infotech campaign for the New York State Senate seat lurches from a populist surge to a tragic twist and a startling conclusion. In the midst of this dramatic turn of events, to everyone's surprise, President Elect Montaigne (until now, not exactly a paragon of trustworthiness) suddenly appears to be open to Joshua Bannon's platform for economic justice. Does he mean it? Or is this just another political maneuver?

Although the opposition to the single-tax platform remains daunting, with a large constituency enthralled with both Bannon and Montaigne and an electorate ready to hear an idea whose time has come, the nation's future might just be very bright. But the battle has only just begun.

"The Prophet of San Francisco" is a modern-day "Mr. Smith Goes to Washington". Edgy and witty in the tradition of Frank Capra, fast-moving and sharply smart in a Paddy Chayefsky kind of way, it is written in a hip, lyrical, contemporary yet classical style that makes it not just a timeless story, but one that carries the potential to spark genuine positive change. 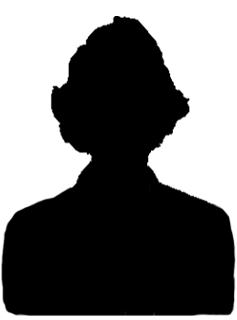