DANCE AT MY WEDDINGS

Through a comedy of errors and a mistaken identity, Moshe Pshedetsky, a young rabbinical student, finds himself in an impossible predicament: Against his own will, he winds up attending two of his own weddings, to two different women, on the same day.

The story that leads up to the weddings, the events that take place at both ceremonies, the aftermath and the final resolution, make up for a hilarious, heart-warming and highly original comedy. With wide audience and universal appeal, "Dance at My Weddings" is a romantic comedy for the ages.

"Dance at My Weddings" is an original and inspired comedy set as an independent production and has attracted the attention of A-list talent and key Hollywood crew members. 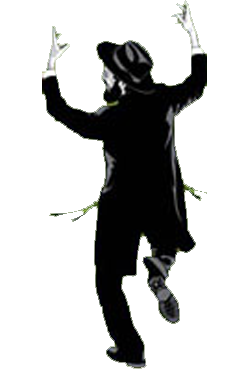